How to Illuminate and Integrate Your Shadow 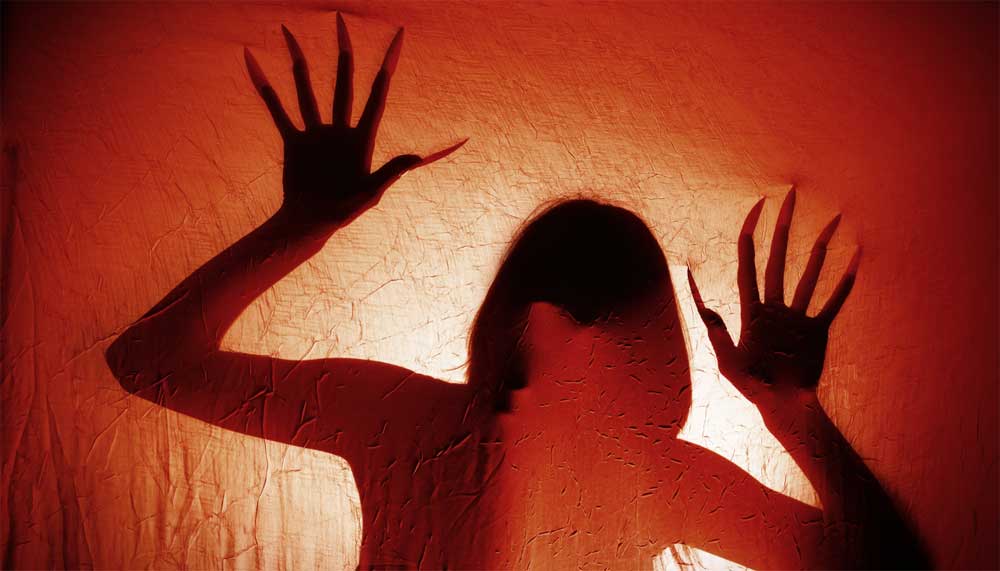 Imagine you were a young man living in Germany during world war 2. Would you serve in the army? Would you follow Hitler? Would you play a part in the murder of millions of innocent people? Few people would answer yes to these questions yet it is this denial of our dark side that perpetuates this kind of evil throughout the world. As Jordan Peterson once said “What is the biggest lesson from the holocaust? You are the nazi.” If you still can’t see this darkness in yourself it’s because it’s in shadow.

The Swiss Psychiatrist Carl Jung is famous for formulating the concept of the shadow, the part of our selves which we disown and repress into the darkness of the unconscious mind. While Carl Jung was the first to bring this concept to light, its existence is found in human nature long before. What we now call shadows were once called demons – supernatural beings that possessed people and made them act in evil ways. Of course, these demons were just parts of ourselves that we couldn’t accept.

This inability or unwillingness to embrace our darkness resulted in its projection onto other people. To rid themselves of evil people participated in exorcisms and sacrificial rituals. Witch hunts ensued and people were burned at the stake. Christ’s crucifixion is a historic example of shadow projection – Christ is said to have died for our sins. The term scapegoat originates from a ritual in which a goat was sacrificed to cleanse people of their wickedness. In the modern world, we no longer burn people at the stake or sacrifice goats but shadow projection continues, most evidently in the form of call-out culture.

The radical implication of the shadow – there is nothing that you despise that exists outside yourself. Any war we wage externally emerges out of a war raging inside. For many, this is a burden they rather not bear but the few who decide to own their shadows will find that this form of radical responsibility is empowering and liberating.

How do Shadows form?

For the first 6 months of a child’s life, their consciousness is identified with the mother. Gradually their psyche grows and develops into a separate entity. The ego, otherwise known as the persona or personality usually emerges at 2 years of age and can be understood as a survival strategy. It is conditioned by the interplay of “me” and “not me” experiences and our understanding of good and bad. This conditioning teaches us to identify with certain qualities and to disidentify with other qualities. What we identify with becomes our ego and remains in consciousness; what we disidentify with becomes our shadow and is pushed into the unconscious.

Below is an image of Carl Jung’s Self Model which illustrates this formulation. 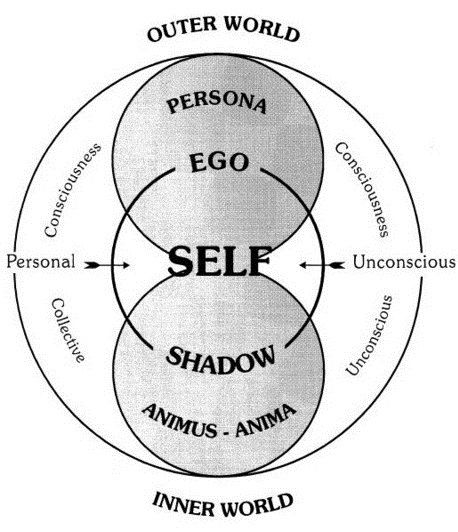 Shadows are everywhere and appear in various forms. Personal shadows are unique to our individual psychic structures. Collective shadows are shared by groups and cultures. They are particularly dangerous as they can cause those around us to further obscure our blind spots instead of revealing them. Such shadows are prevalent in political echo chambers and are responsible for the increasing polarization in our world. Family shadows contain all that is repressed by a family and are usually carried by the “black sheep” of the family.

Shadows typically reflect dark or negative aspects but they can also manifest as golden shadows. Golden shadows are repressed positive qualities of the personality. We see these shadows manifest when we worship gurus and celebrities or put people on a pedestal. Our inability to see a positive quality in ourselves causes us to project it onto others. The Golden shadow is similar to the Halo effect –  an initial positive impression which causes us to perceive others as being better than they are.

How to spot your shadows

1.In what bothers you about others

The aspects of personalities that we despise most are very likely the same qualities we fail to see in ourselves. It’s not all criticism of others that reflect our shadows but particularly the features we can’t stand.

2.In negative feedback from others

This can be hard to distinguish as sometimes the negative feedback we get from others emanates from their own shadow projection. However, if we keep getting the same feedback from a wide variety of people, we can be sure it is exposing a shadow. This is especially true if we find the feedback irritating.

3.In Impulsive or clumsy behavior

Whenever we act in ways we didn’t want to act it is likely that a shadow is present. This is sometimes called acting out of character and is obvious when people make excuses for their behavior such as “I don’t know what came over me” or “that is so not like me”. This is also evident in slips of the tongue – when we say something we didn’t mean to say.

4.In the opposite of your top values

Another way to spot your shadows is to look at the opposite of your top values. The qualities we value most will usually have strong shadow sides. If honesty is one of your top values it is highly likely that you will have a problem with dishonesty. Because you value honesty so much you will tend to perceive more of this quality in yourself than is actually there. You may also fail to notice dishonesty in yourself while amplifying it in others.

What is Shadow work?

The above criteria can help you spot your shadow but integrating it will require shadow work, the continuous process of developing a creative relationship with the shadow. Shadow work is best done with a therapist trained in this modality but it can also be done through the 3-2-1 method.

The 3-2-1 method shifts our perspective from 3rd person to 2nd person to 1st person in order to help us identify and integrate our shadows.

To begin the 3-2-1 method of shadow work start with:

1.Identify a person or situation that is bothering you. (3rd person perspective)

Ex. “I really don’t like Jerry because he comes off as inauthentic.”

2.Next, engage in a dialogue with that person. Imagine where they are coming from and respond like them. (2nd person perspective)

Ex. “Jerry acts inauthentically because he is scared of being judged.”

3.Now imagine that you are that person. (1st person perspective)

Ex. “I am jerry and there is part of me that is inauthentic too.”

This process helps us go from seeing a disowned shadow quality in another to recognizing it in ourselves.

The benefits of integrating your shadow

The shadow is often seen as a negative aspect but within it lies a hidden power.

Owning and integrating the shadow into our personality can help us:

It is important to remember that our work with shadows is never done. For all that we bring to light, there is far more that remains in darkness.

Shadows are repressed parts of our psyche, which if not integrated become projected onto others. They are formed through the natural human developmental process where accepted qualities become a part of our ego and unwanted qualities go into shadow. Shadows manifest in various forms such as the personal shadow, collective shadow, family shadow, and golden shadow. Our shadows are hidden in what bothers us about others, in the negative feedback we receive, in our impulsive behavior, and in the opposite of our top values. Shadow work is the on-going process of integrating our shadows. It is best done with a trained therapist but can also be done through the 3-2-1 method. By integrating the shadow we are able to unblock creativity, unlock our authenticity and individuality, gain physical & mental energy, accept ourselves and heal our relationships.

← What is circling? The Transformative Authentic Relating Practice What is Psychotherapy and How Does it Work to Transform You? →