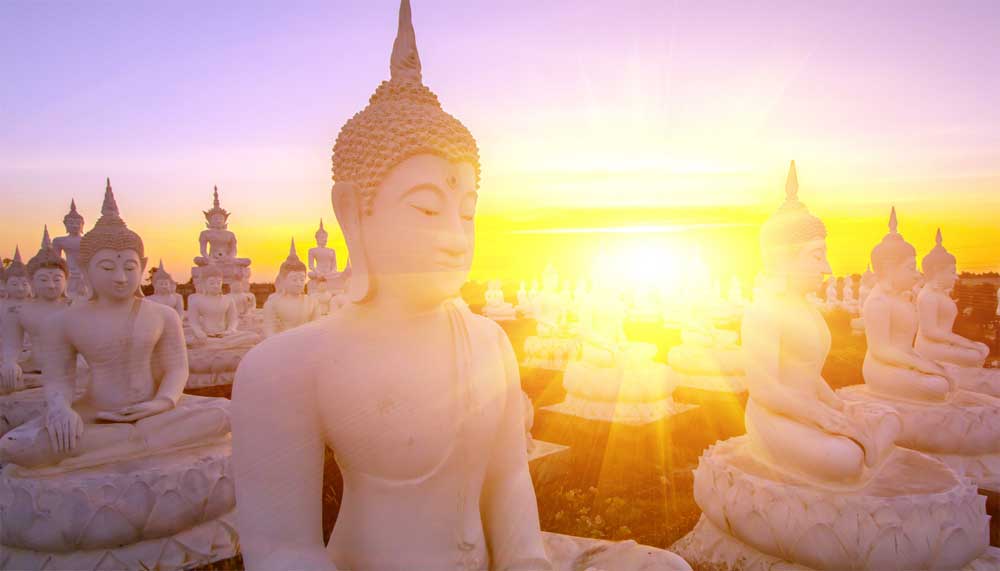 Over the last few years, I made a commitment to deepen my meditation practice. This included upping my daily practice time, hiring a meditation teacher, and attending several meditation retreats. Integrating meditation into my life has been challenging especially since becoming a father. Thankfully, I am blessed with an understanding wife and family members whose help allows me to occasionally attend a retreat.

Even so, the pandemic created additional challenges; shutting down many retreat centers and making travel more difficult. With the closing of retreat centers, many meditation teachers started to take their teachings online. I was skeptical that an online retreat could be as impactful as one in person. However, after hearing the meditation Master Shinzhen Young’s take on this matter I realized that it can be just as beneficial. After doing some research I found something called “Pointing out the great way”.

Pointing out the great way is a set of meditation teachings stemming from the great eastern spiritual traditions and grounded in western neuroscience. The headteacher Daniel P. Brown has studied meditation practice for over 45 years – working both with western teachers such as Jack Kornfield, Joseph Goldstein, and Sharon Salzberg as well as eastern meditation masters such as Mahasi Sayadaw, Ajahn Chah, and the 33rd Menri Trizin (the Dalai Llama’s own Dzogchen teacher). Dan Brown is also a psychologist who has spent decades treating people with mental health issues. His rare expertise in both eastern spirituality and western psychology solidifies him as one of the great teachers in the psychospiritual space.

The Pointing out way is taught in a set of meditation retreats which since the pandemic are facilitated online. The retreats are taught in a hierarchical manner requiring participants to both complete and embody the teachings of prior retreats before being cleared to participate in the advanced ones. Unlike many other meditation courses and retreats, the Pointing Out the Great Way approach places a strong emphasis on preserving the lineage and maintaining the teacher-student relationship. Emanating from the Tibetan Buddhist and Bon traditions, these teachings are passed down generations in an unbroken lineage of masters. This careful transmission is necessary to maintain the full comprehensive clarity of these instructions. The ongoing teacher-student relationship ensures that students have guidance when they get stuck in their practice.

The Pointing Out The Great Way Level 1 meditation retreat takes meditators on a journey from the simple training of concentration, through emptiness practice and right into awakened awareness. The retreat I took was taught by Dan Brown alongside one of his top students and senior teachers, Dustin Diperana. Coming into the retreat I didn’t know what to expect since I’ve never attended one online before.

The 6-day retreat had 3 sessions per day each lasting anywhere from 2 to 3 hours. Each session was segmented into teachings, guided meditations and Q&A. Dan Brown’s popularity was evident as it filled the zoom call with over 100 participants – each shelling out a not-so-small chunk of change to experience a taste of awakening.

I enjoyed the eclectic and diverse crowd but found that at times the Q&A sessions were long and tiresome. Still, the class size was understandable considering that this was an online retreat. Dan Brown’s current battle with Parkinson’s was another factor fueling the fervency of meditators looking to work with one of the rare living masters before he can no longer teach. With that said, I may have learned as much from other’s questions as I did from the teachings and meditations.

The students attending this retreat ranged from beginners to advanced meditators, some of who have been working with Dan for many years. Many people present were taking this retreat for the 2nd time and there was even one participant who was attending for his 10th time. While it is called a level 1 retreat the teachings rapidly go into deep territory. The clarity of the instructions makes it easy to follow along even for those who are new. Still, I understand why many end up taking this retreat several times. The immensity of the material that is condensed into 6 days is unlikely to be fully grasped by someone on their first time around.

The instructions given during the guided meditations were precise and pristine. I have never experienced such clear and inspirational teachings before. Ironically, it was hard to understand what Dan was saying at times as his Parkinson’s condition atrophied his vocal chords. Fortunately, in these moments his co-teacher Dustin Diperana was able to step in and articulate Dan’s words in the most simple and lucid way. Throughout the retreat, both Dan and Dustin moved in seamless synchronicity – taking turns answering questions and guiding the meditations.

The meditation sessions lasted only 10-20 minutes which I found surprising as on most retreats sits tend to be longer. Yet, these sessions taught me that a short concentrated session is better than a long session full of mind wandering. Of course, we want to work our way up to longer sessions but not at the expense of quality. The POW retreat showed me how powerful shorts sessions could be with the right instructions and diligence.

Another simple yet crucial point that the POW retreat taught me is the importance of posture. When our body isn’t aligned or positioned in the proper way the quality of our meditation declines. Both mind wandering and dullness can be a product of poor posture. Since making minor adjustments to my posture I noticed that both my concentration and wakefulness of mind have increased.

Dan Brown’s training in western psychology was evident when he started addressing our limiting beliefs. Many of the barriers we experience in meditation are due to these beliefs which we often hold unconsciously. By challenging and breaking down these assumptions we are able to access deeper insights into the nature of reality. A useful resource Dan shared was Jeff Young’s Schema Therapy which allows a person to identify and eliminate their limiting beliefs.

Beyond anything, this retreat illuminated my attachment to conceptual thinking. It’s likely that my struggles with some of the emptiness meditations were due to my inability to stop conceptualization. I have had genuine insights and a taste of awakening before but I have yet to fully embody it. I can intellectually understand awakening at a deep level but it is only when I drop the intellectualization that I can live from awakened awareness.

← What is Psychotherapy and How Does it Work to Transform You? The Truth About Addiction and Recovery →