How left brain dominance is causing the emerging meaning crisis 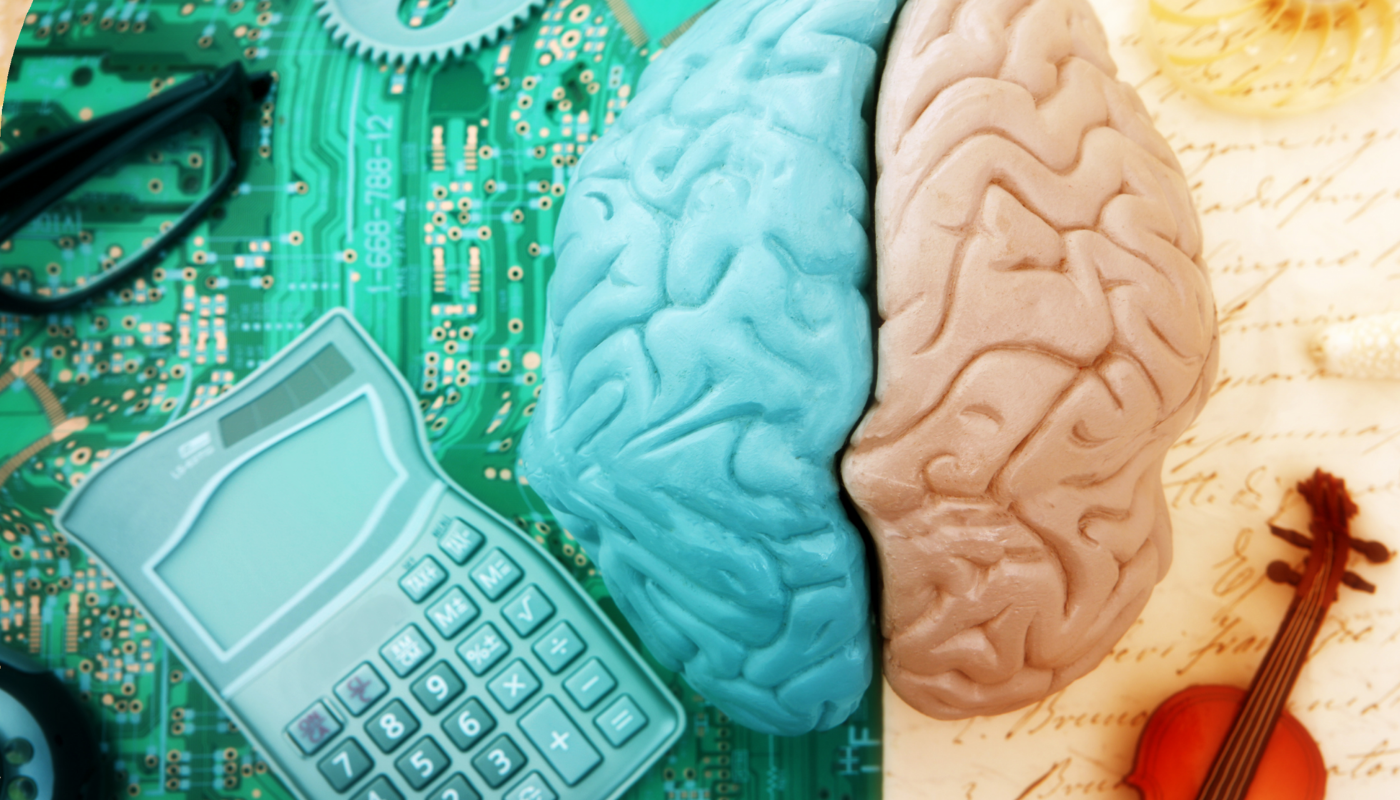 A few years back I came across a rebel wisdom podcast featuring Iain McGhilchrist, a psychiatrist who has been studying brain hemispheres differences for decades. In the episode, McGhilchrist shares his theory of the divided brain which suggests that there is an increasing propensity in humanity to see reality through the eyes of the left hemisphere while becoming increasingly blind to the right hemisphere’s vision. I had heard of left and right brain differences before but what McGhilchrist was proposing was far more compelling.

As I learned more about the hemisphere differences I began to see my tendency to overuse the left hemisphere while neglecting the right. I started to see patterns of hyper-productivity and utility. I noticed how simple moments of being without intellectual stimulation could be some of the most challenging mental states for me. I recognized my need for knowing and being right as well as my resistance to uncertainty. I saw how I would get engaged with my work, forget to take a break, and become frustrated with anyone who disrupted me. As I present McGhilchrist’s theory of the divided brain you may start to notice some of these patterns in yourself. You will begin to understand brain hemisphere differences and how they shape our experience. And if I do a good job you will start to see how left brain dominance is causing a meaning crisis in our world today.

What are the right and left brain hemisphere differences?

In his book “The Master and the Emissary” Iain McGhilichrist unpacks his master thesis of the divided brain. He explains that our brains are divided into two hemispheres each allowing us to perceive the world differently. The right hemisphere allows us to know the world as a whole, as an animate and living process. It prioritizes what actually is, enabling us to generate meaning and values. It is responsible for understanding humor, reading faces, and empathizing with others. The left hemisphere allows us to see the world in categories and concepts. Its primary concern is utility and productivity. It is responsible for grasping, getting, and achieving. Its main motivation is power; driving us to be competitive in reaching our goals. Another way to understand the left hemisphere is an interpreter. The right hemisphere perceives the world as it is and the left hemisphere interprets it in an imperfect way.

The relationship between the hemispheres is paradoxical because they both need and oppose each other. Nature has divided the brain, allowing only partial communication so that each hemisphere can function without obstruction. And while both hemispheres are necessary and valuable it is the right hemisphere that holds the more foundational view of the world.

Why the right hemisphere’s view is more foundational

How the left hemisphere became dominant

3. The left hemisphere is responsible for grasping and amassing things which is crucial for survival.

4. Since the industrial revolution we have built a world around us which unlike the natural world reflects the left hemisphere’s vision.

5. The left hemisphere is responsible for confabulating; making up stories that aren’t true. Therefore it will pretend to know what the right hemisphere knows even when it doesn’t.

6. The mathematician Godel proved that there are always truths within any system that can’t be proved within that system. Unfortunately, the left hemisphere doesn’t understand this making it easy to get trapped in its own view.

McGhilchrist claims that the left brain dominance we see today was not always the case. During the Renaissance, portraits had a left-facing tendency meaning that they were drawn from the right hemisphere’s perspective. This tendency gradually waned through the Enlightenment period as more portraits began to show a right-facing tendency favoring the left hemisphere’s view. Children today still tend to draw portraits left-facing even in some cases when they copy a model that is facing right. This is because in children the left hemisphere remains underdeveloped leading to right hemisphere preference.

Note: If the above paragraph was confusing just remember that each hemisphere is responsible for the opposite side’s visual field.

Marked by an increase in rationality the Enlightenment is mostly seen as a period of progress. While it is true that rational thinking has contributed to advances in science and technology it is also used to control and oppress. It is a left-brain dominant process that looks to objectify and manipulate the world. The kind of thinking that leads us to chop down a rainforest and turn it into a mountain of cash.

How left brain dominance is causing a meaning crisis

At the end of his masterpiece, McGhilchrist proposes a question. What would the world be like if the left hemisphere managed to completely suppress the right hemisphere? He describes a world where quantity is prioritized over quality to the point that quality is forgotten. Paranoia and lack of trust between people and the government is endemic. People aren’t seen as unique individuals but crammed into cookie-cutter categories of race, sex, and socioeconomic group. Anger and aggression become more prevalent in social interactions. There is a decrease in willpower as it pertains to self-control and self-motivation. But an increase in the desire to acquire material possessions and manipulate others. Meaning and value are hard to discern causing people to become disenchanted with life. The inability to see the wonder in the world leads to boredom and a craving for constant stimulation.

The world McGhilchrist describes is shockingly similar to the one we live in today. A world that has become primarily concerned with utility and productivity. We can see this as the number of hours people work continues to increase. The traditional 40-hour workweek has morphed into a 47-hour workweek. Additionally, over 18% of full-time workers are now working over 60 hours a week. Working excessively long hours can impact our well-being but it’s even worse if we feel we are doing meaningless work. A gallup survey found that 60% of US workers consider themselves to be in mediocre or bad jobs. The majority of us are not happy with our jobs yet we are spending more time working than ever before.

A byproduct of spending more time working is that we spend less time with family and friends. We are experiencing less human connection, less time relaxing, and less time just being. This means that our right hemispheres aren’t being engaged and are slowly withering away. The meditation teacher Culadasa further illuminates this point by noting that we have come to prioritize attention over awareness. We live our lives glued to our phones; rarely lifting our heads to see the bigger picture.

What underlies this way of modern life is an increased sense of existential despair. There is no easy explanation for this but the theory of the divided brain provides a clue. We know that meaning is generated by the right hemisphere as those with significant right hemisphere damage experience a meaningless world. It may very well be that the meaning crisis emerging today is a byproduct of a left brain dominant world.

The theory of the divided brain states that western culture has embedded us in the left hemisphere’s view of the world and disconnected us from the right hemisphere’s vision. It’s not a protest of the left hemisphere but a campaign to rebalance the brain. It is a plea for us to acknowledge the rightful master and to recognize that the left hemisphere serves best as a trusty emissary. If the theory of the divided brain rings true we may begin to wonder what we can do about it? Notice this drive towards utility and finding solutions emerges from the left hemisphere. Perhaps the answer lies less in doing and more in seeing. Maybe the simple awareness of brain hemisphere differences is enough to rebalance our brains. If our brains have shaped culture and our cultures have shaped our brains then any new knowledge has the potential to change who we are. Evolution has brought us to this point, and it is from here that we can discover a new way of being.