Is life a game of power? (Power VS Love) 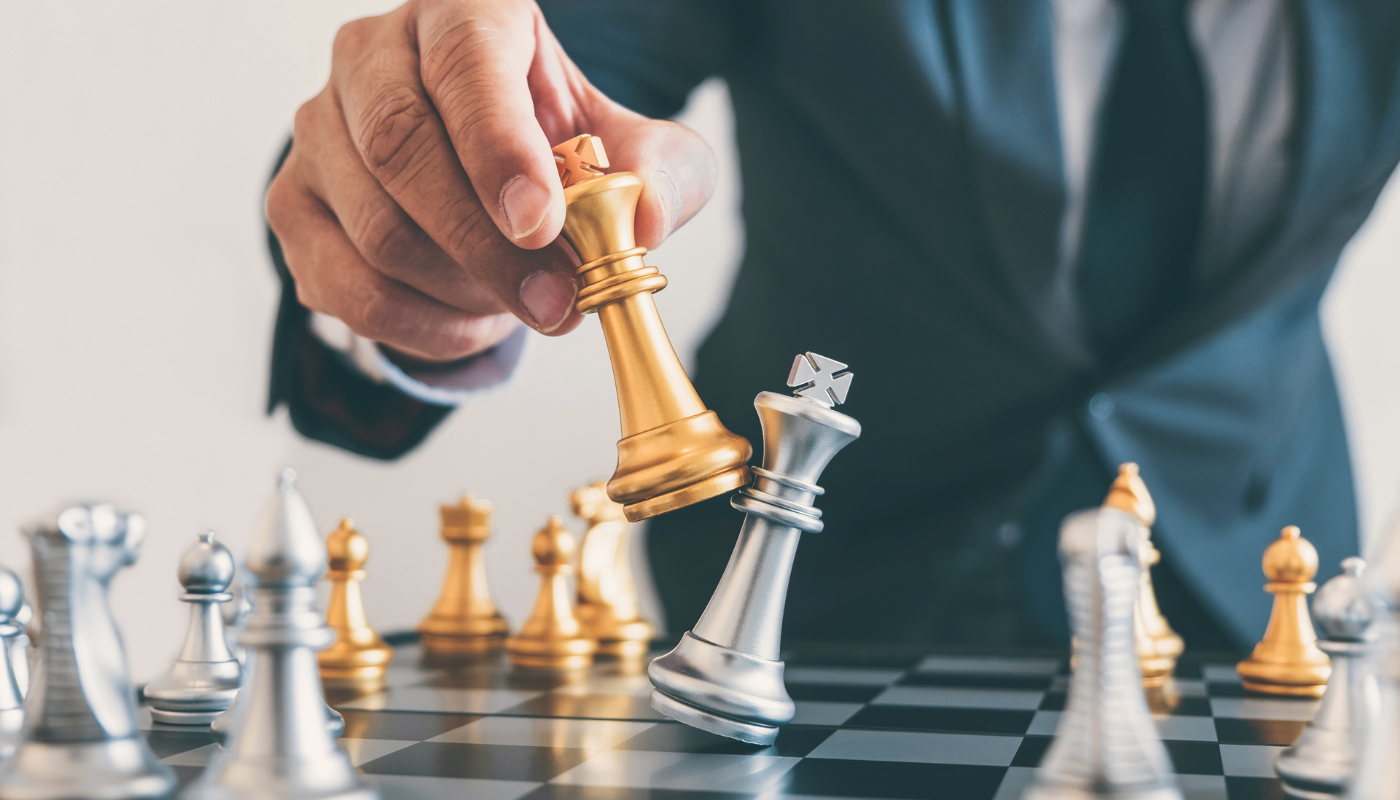 Life is a game of power, one that we can embrace and learn to play well or deny to our detriment. This is the idea that Robert Greene layouts in his book “The 48 Laws of Power.” Upon reading several of the chapters I had to put the book down. I felt utter disgust and repulsion. Greene proposes that we should “never put too much trust in a friend”, “learn how to use enemies”, “Get others to do the work for you, but always take the credit” and “Pose as a Friend, Work as a Spy”. These are just some of the appalling Laws that Greene recommends we follow.

It is no wonder that this book has garnered so much controversy and is even banned in several US prisons. “The 48 Laws of Power” is a polarizing book, one that has been both loved and hated; praised and condemned. Whenever we read something that triggers strong emotions in us, it is an opportunity to learn. Much of what Greene claims contradicts what I have experienced or believed. And this is precisely why I wanted to examine this topic on a deeper level.

The game of power

Power is our ability to influence people and events. We have evolved to want power because power meant control and control meant security and survival. We all want power but some of us want it more. Because society frowns upon those who seem too power-hungry we have to conceal our desire for power.

We can seek various ways to transcend the power paradigm but most of them will fail. Some people will show their weakness and share their vulnerability but even that can be a strategy to gain power in the form of sympathy or respect. Others will try to use perfect honesty to avoid deceit and secrecy that many power-seekers use. Yet, rather quickly they will find out that perfect honesty often hurts other people causing them to despise you. Even honesty has to be used strategically, revealing things when it’s a benefit and concealing them when it’s a detriment. It seems that the game of power is an infinite loop, one that we can never escape.

Much of what Robert Greene claims in “The 48 Laws of Power” sounds true but only on a relative level. While the worldview of “Life is a game of Power” may be a common one it is not the only one. Greene cherry-picks examples to fit in with his narrative and avoids sharing stories about individuals who have transcended the power paradigm.

There is a power that is different and far more potent than the one Greene talks about.

We need to understand that ideas we read in a book are often a reflection of the author’s personal and spiritual evolution. I’m not here to discuss Greene’s level of development because it is rather complex and not easy to measure. No human is a stable entity but an evolving process; Robert Greene is no longer the man he was when he wrote “The 48 Laws of Power” in the ’90s.

It’s also important to consider that for someone to write a comprehensive book on a topic they need to have a strong overview of it and potentially be able to see beyond it. An authors understanding of a topic can far surpass what they put in a book.

Putting Greene’s level of evolution aside “The 48 Laws of Power” is written to resonate with a person that is functioning from a specific level of ego development. Ego development refers to how our personality and self-identity changes throughout life. What many people don’t know is that the ego doesn’t only develop in childhood; It continues to develop through adulthood. At higher levels of development, there is a decreasing need to protect ourselves. There is a letting go, an expanding of identity, and a self-transcendence that occurs. Because power is a game of the ego, the more we transcend the ego the more we transcend the power paradigm.

Green notes that what separates humans from animals is our ability to lie and deceive. But are humans nothing more than lying and deceitful animals? Do we not have the ability to overcome our animalistic urges? Do we not have the ability to become more self-aware and eventually wake up? If you never had a spiritual experience then it may be hard to see beyond a materialistic worldview. A worldview that is convinced that reality is nothing more than physical matter. A worldview where everything is separate from oneself. As long as we are functioning from this egocentric perspective then we will remain stuck in the power paradigm.

As Jimmi Hendrix said, “When the power of love overcomes the love of power the world will know peace”.

In other words, when we all transcend our egos and wake up we will realize that all that matters is love. But waking up is not enough. As the philosopher Ken Wilber says “We must also grow up, clean up and show up.” This takes me to what is the greatest takeaway of the book.

The most important part of “The 48 Laws of Power”

“The 48 Laws of Power” reveals something about human nature that many of us don’t want to acknowledge. On some level, we are all greedy and power-hungry. But we have denied this part of ourselves for so long that it has become a shadow, hidden in our unconscious minds. This is evident by so many people’s aversion to Donald Trump. Trump is the embodiment of “The 48 Laws of Power”, If there is anyone who has mastered power then it is he. Trump even recommends “The Art of War” by Sun Tzu and “The Prince” by Niccolo Machiavelli; two books that are referenced in “The 48 Laws of Power”.

Before we can overcome the power paradigm we have to acknowledge that there is a Trump living in us. When we deny it and condemn it, he only grows stronger. When we bring loving awareness to this part of ourselves we can transcend it.

As Carl Jung said “Where love rules, there is no will to power, and where power predominates, love is lacking. The one is the shadow of the other.”

This is why the great Spiritual Teacher Ram Dass kept a picture of Donald Trump on his altar, to illuminate this shadow and remind himself that we are it all, the good, the bad, and the ugly.

Life is a game of power as long as we are functioning from an egocentric worldview. While this worldview seems to be the most common it is not the only one. As our identity begins to expand so does our perspective. We feel less of a need to protect ourselves and control others. We begin to let go of our attachment to power and connect to something greater. This something greater is love; the core of who we are. Still, to truly transcend the power paradigm we must acknowledge that there is a part of us that craves power. When we accept and embrace this part of ourselves we can transcend it.

← What is the ego? Seeing through the illusion The uncomfortable truth most people deny →