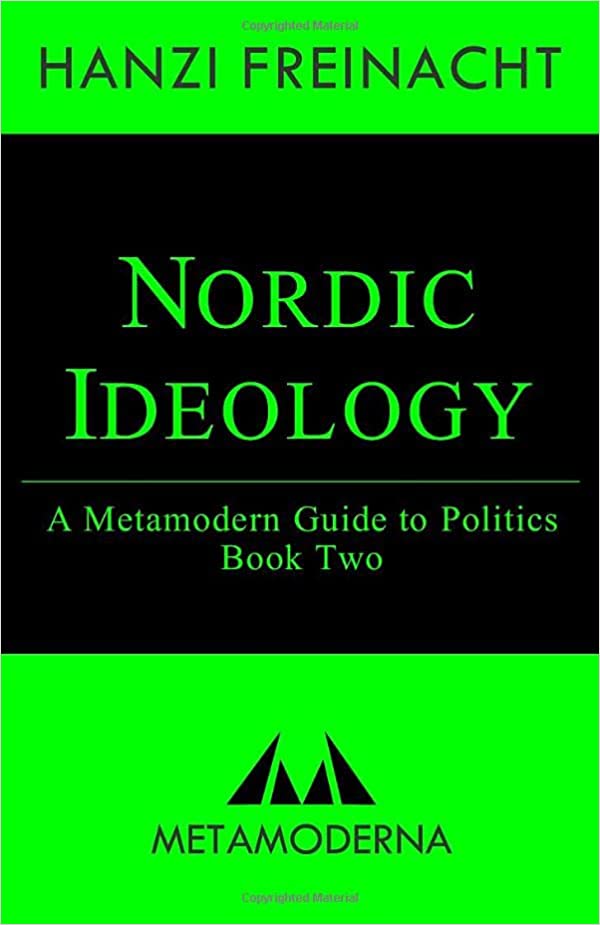 “Nordic Ideology” by Hanzi Frienacht is the second in a series of groundbreaking books that unpack the metamodern philosophy. Using a developmentally aware lens Frienacht is able to identify key patterns which are crucial for transforming our world. He goes on to present the 6 politics that are necessary for creating a metamodern society. In this deep exploration, you will learn how society develops, its key problems, and potential pathways towards a more holistic, loving, and listening society.

*All sentences in quotations are direct quotes from “Nordic Ideology” and are attributed to Hanzi Freinacht. Bold is added for skimmability.

Check out – My In-depth summary of Hanzi’s first book “The Listening Society”.

How do humans change as the intimacy of control increases?

1. Residual problems – “The residual problems are the percentages left here and there of the pre-modern stage of development: not all people are protected from curable diseases, some live in areas controlled by mobsters and are thereby still oppressed, some slavery still goes on.”

3. Beauties Lost Problems – “It entails all the good things that were prevalent in pre-modern societies, but for different reasons diminished as societies became modern.”

4. New heights reached problems – “There are problems that are perhaps not directly caused by modern life, but whose solutions only now come within reach. Only when we acquire greater capabilities can we begin to see them and direct our attention towards them. In the old days, we simply didn’t have the luxury to worry about these problems; now we can.”

To Summarize: “Residual problems (left-overs from before modernity). New emergent properties problems (caused by modernity). Beauties lost (qualities from earlier societies lost under modernity). New heights reached (problems that simply weren’t viable to try to solve before, but now have come within our reach).”

Expanding our understanding of Freedom

How freedom leads to oppression:

”a) as society’s complexity increases, b) this also creates pressures to increase the reach and density of governance, c) and this creates new sources of oppression (both the increased complexity of society at large and the new layers of governance), d) and this creates an increased need to expand negative human rights and freedoms, i.e. the right not to be subjected to a host of new oppressions, e) and as these new negative rights must be of a subtler and more abstract nature, they will be harder to define, defend and make sound and socially sustainable, which thus makes necessary an ongoing political process through which information is gathered, rights and obligations are perpetually discussed and tested, and new institutions are created in order to defend people against new forms of oppression.”

Expanding our Understanding of Equality

Six Dimensions of Inequality:  “the economic, the social, the physiological, the emotional, the ecological and the informational.”

“Here are some examples of norms likely to be struggled over in the coming period:

Expanding our Understanding of Democracy

According to Dahl, democracy shows up as a power balance between different interest groups. Such balance forces the parties into a situation in which the following five criteria must be true:

“The Four Forms of Democracy:

Shapes of political Discourse (adopted from Bone, Crockett and Hodge, 2006):

“Gemeinschaft Politics is about human relationships, including:

Pathways towards a Gemeinschaft Politics:

“Questions that must be answered on a yearly basis are such as:

Pathways towards an Empirical Politics:

“The Ministry of Empirical Politics would evaluate, survey, rate and publicize the degree of evidence-based practice in all areas of public sector work and civil service.

If there were a Ministry of Theory, it should gather expertise within:

Integrating the six politics of Metamodernism

Deconstructing the Politics of Today’s World

Why Communism Failed & How the Nordic Ideology is different