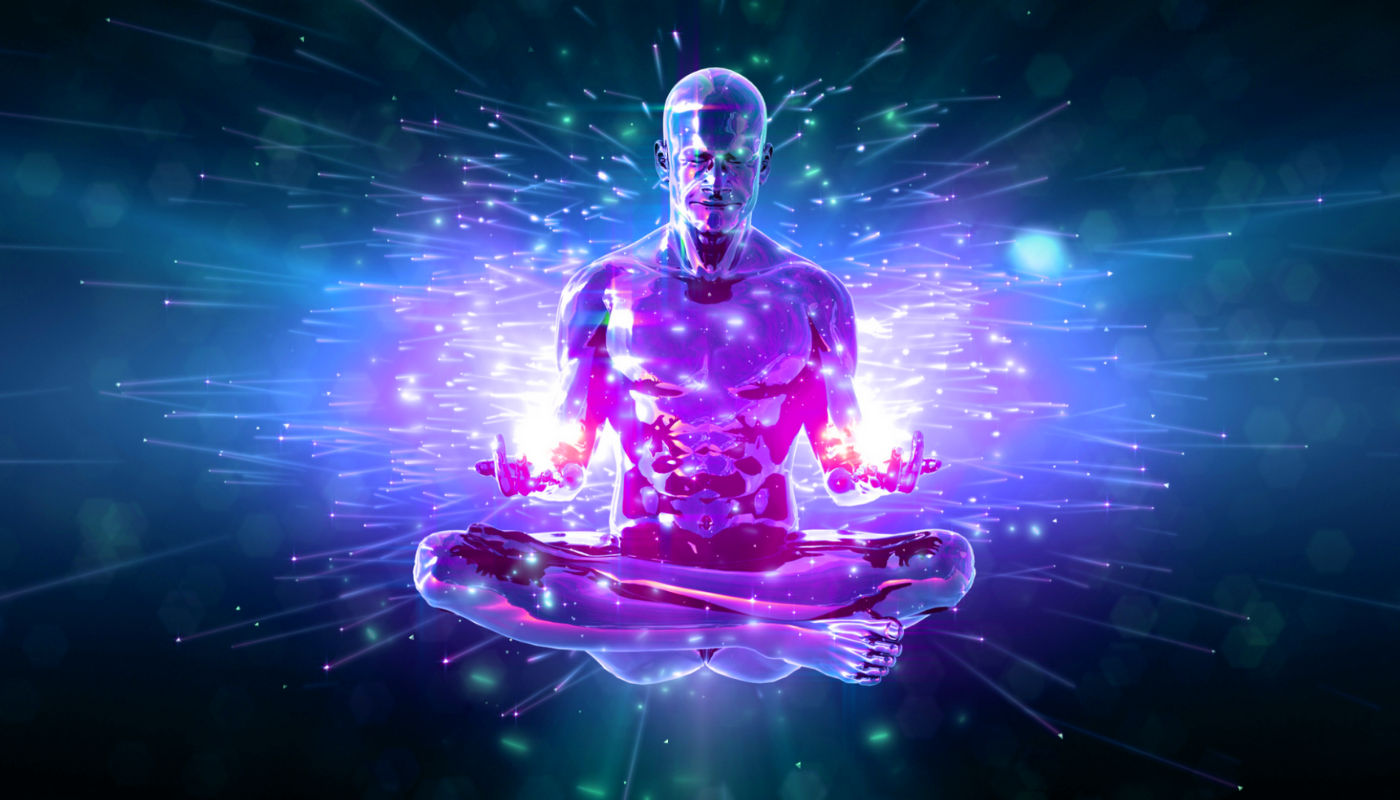 The rise of psychedelics is allowing more people to experience profound consciousness-expanding states. At low doses, psychedelics enable us to see unique perspectives, revealing aspects of reality that are usually hidden. While a high dose can allow a user to have a full-blown mystical experience. These experiences are so gripping that they make normal waking state consciousness seem like a dream. Those that have them rarely can go back to living life as they did before. They may find themselves propelled on a spiritual path, which to their surprise is full of many challenges and struggles. As more people are experiencing these states and entering these territories there is an increasing need for knowing how to integrate and navigate them.

The bridge between peak experiences and everyday life is a meditation or contemplation practice. Meditative and contemplative practices are great for calming and balancing the mind. Unlike psychedelics, they can be done every day. They allow us to create room for these big experiences and figure out how we can integrate them into daily life. While I recommend developing a meditation practice before using psychedelics, many may only find the motivation to meditate after using psychedelics. It’s no coincidence that many of the great spiritual teachers of our times began their spiritual journey with psychedelics. And while it was psychedelics that opened the portal it was meditation practice that helped them walk through it.

The great spiritual teacher Ram Dass is known as a pioneer of psychedelics but after 100’s of trips, he realized he couldn’t retain the truth they were showing him. It was only when he went to India and met his guru did he find an individual that lived this truth in every moment of his life. Even into his last days, Ram Dass could be heard uttering the mantra of “I am loving awareness” which became a part of his daily contemplative practice.

Before becoming a world-renowned meditation teacher Jack Kornfield started on the spiritual path with psychedelics. When asked in an interview “How important LSD was for the rise of eastern spiritual practices in the U.S during the sixties?” He replied “They were certainly powerful for me. I took LSD and other psychedelics at Dartmouth after I started studying Eastern religion. They came hand in hand, as they did for many people. In fact, the majority of Western Buddhist teachers used psychedelics at the start of their spiritual practice. A number still do on occasion. But of the many hundreds of people I know who took psychedelics, only a few had radically transformative experiences. Many others were greatly inspired, and a few were damaged. It’s like winning the lottery. A lot of people play, and while not so many people win big, the potential is there.” Kornfield acknowledges that psychedelics can lead to a powerful transformation but they can also be of little benefit or even harmful without proper integration.

Making sense of my most profound psychedelic experiences

My experiences with psychedelics have been both transformational and challenging. One substance, in particular, 5-me0-DMT opened something in me that I can’t put into words. After this experience, I no longer see life in the same way. I am much more sensitive to both the beauty and the suffering of the world. While the beauty is easy to look at; the suffering isn’t. It’s been over three years since I first had this experience and it was only recently that I stumbled across an invaluable book that has helped me make sense of what I have been going through since using 5-me0-DMT.

Mastering the Core Teachings of the Buddha by the self-proclaimed Arhant Daniel Ingram has opened me to the world of meditation maps. In the book, Daniel claims that much of the spiritual/meditative path isn’t random but in fact, it follows a predictable progression of stages. He explains that while these stages are encountered through a meditation practice they often can be accessed through psychedelic use or even regular everyday life. After reading about Stage 4 known as “The Arising and Passing away”(A&P) it became clear that this stage mapped perfectly onto my 5-me0-DMT experience.

Daniel writes “An overall general point about this stage is that it tends to be very impressive. When people say to me, “I had this big experience …”, ninety-nine percent of the time it is almost certainly related to the A&P.” “Some people will have a big and obvious buildup to the stage of the A&P. For others, this stage will suddenly just show up spontaneously and sometimes even without formal meditation training, as happened to me at around age fifteen. I have many friends, family members, and acquaintances who ran into these stages without formal training and in daily life. I know others who ran into them when doing hallucinogens, including mushrooms, mescaline, DMT, 5-MeO-DMT, bufotenine, Salvia Divinorum, and LSD;”

Big Experience, 5-Me0-DMT, Bingo! In fact, my 5-me0-DMT experiences have been the biggest most profound experiences of my life.

He continues “Those who have crossed the A&P event have stood on the ragged edge of reality and the mind for just an instant, and some will feel certain that awakening is possible. The whole of the A&P stage can produce that feeling in some practitioners. Those in this stage and those who have recently left it typically have great faith, may want to tell everyone to practice, and are generally evangelical or uber enthusiastic about spirituality, religion, and/or philosophy for a while.”

When I had these experiences I wanted to run and tell everyone about them. I felt it impossible to keep them to myself.

“Philosophy that deals with the fundamental paradoxes of duality will be less difficult than it might once have been, and they may find this fascinating for a time. Those with a strong philosophical bent will find that they can now philosophize rings around those who have not attained to this stage of insight.”

After these experiences, I felt like my mind had been massively expanded. Everything became infinitely interesting and fascinating. I felt like I could understand things on a deeper level and from many different perspectives.

“Some who cross the A&P may also be incorrectly convinced that they are awakened, as what they have seen was completely spectacular and profound. In fact, this is strangely common, and those who are doing some meditative practice or other practice that got them into this stage may stop practicing, not understanding that they have only begun.”

Coming out of my first 5-me0-DMT trip I thought I was fully enlightened. It turned out that was only an experience of awakening and the start of my spiritual journey.

“the A&P is a major milestone on the path of insight. It is also a point of no return, since soon the meditator will learn what is meant by the phrase, “Better not to begin. Once begun, better to finish!” as they are now too far into this to ever really go back.”

During my first 5-me0-DMT trip there was a strong sense that there was no going back and I now had no choice but to walk this path until completion.

Daniel later writes “Once we have crossed the Arising and Passing Away (and if we don’t suddenly die or get severe brain damage due to some unfortunate life circumstances), we shall enter insight stages five through ten regardless of whether we want to. It doesn’t matter if we practice from this point on; once we cross the A&P, we are in the Dark Night to some degree and become what is sometimes called a “Dark Night yogi”, or simply “darknighter”, until we figure out how to get through it.

This explained the difficulties I began to have after my 5-me0-DMT experience. For the past 3 years, I have been cycling up and down the stages of the dark night. And it was only a couple of months ago that I hired a meditation teacher who understands these stages and has helped me practice a type of meditation that can help me get through them. The severity of the Dark Night differs for everyone and luckily mine hasn’t been so bad. However, some aren’t as lucky.

I eventually made a video talking about my 5-me0-DMT experience. This was before I had realized some of the challenging consequences associated with it. Many people saw this video on youtube and one person even reached out asking me where they could have such an experience. Eventually, this person ended up using 5-me0-DMT. While his actual experience was profound and predominantly positive what followed was not pretty. He began to experience great anxiety, depression, and suicidal thoughts. I have since spoken to him again and thankfully he has been able to manage these states with medication and alternative treatments. Now it is clear to me that 5-me0-DMT allowed this person to cross the A&P and then shortly after plunged him into the depths of the Dark Night. This is where I want to touch on the importance of combining psychedelic use not only with a consistent meditation practice but also with knowledge of the meditation maps.

Daniel Ingram on Adventures in Awareness podcast talking about Psychedelics, meditation and Enlightenment.

How meditation maps can help us on the spiritual path

Various contemplative traditions can help us on the spiritual path but many of them don’t provide maps. While there are downfalls to maps such as overly obsessing or bragging about where you are, in general, they do more good than harm. These maps can help us understand where we are on the spiritual path and how to better navigate further. The suffering of the Dark night is not so bad when you understand it is normal, temporary, and can be transcended through diligent meditation practice. It is my wish that more of the psychedelic community partakes in daily meditation practices while also learning about meditation maps. This combination can help us integrate peak experiences and move through their challenging aspects.

If you are looking to understand Meditation Map theory check out The Progress of Insight By Mahasi Sayadaw or Mastering The Core Teaching’s of the Buddha by Daniel Ingram specifically Part 4. Both are available for free online.

The Psychedelic Renaissance is bringing the mystical experience right into your living room. These experiences can propel people onto the spiritual path, one that can be difficult to navigate. As more people are having these consciousness-expanding experiences there is a growing need to integrate them into daily life. Many of the great spiritual teachers of our time started their path with psychedelics but progressed further through it with a meditation or contemplation practice. While many of these practices can help us on our path they are best paired with an understanding of meditation map theory. Meditation map theory explains the predictive and progressive stages of the spiritual path. This understanding can help us ground our psychedelic experience and traverse difficult spiritual terrain.