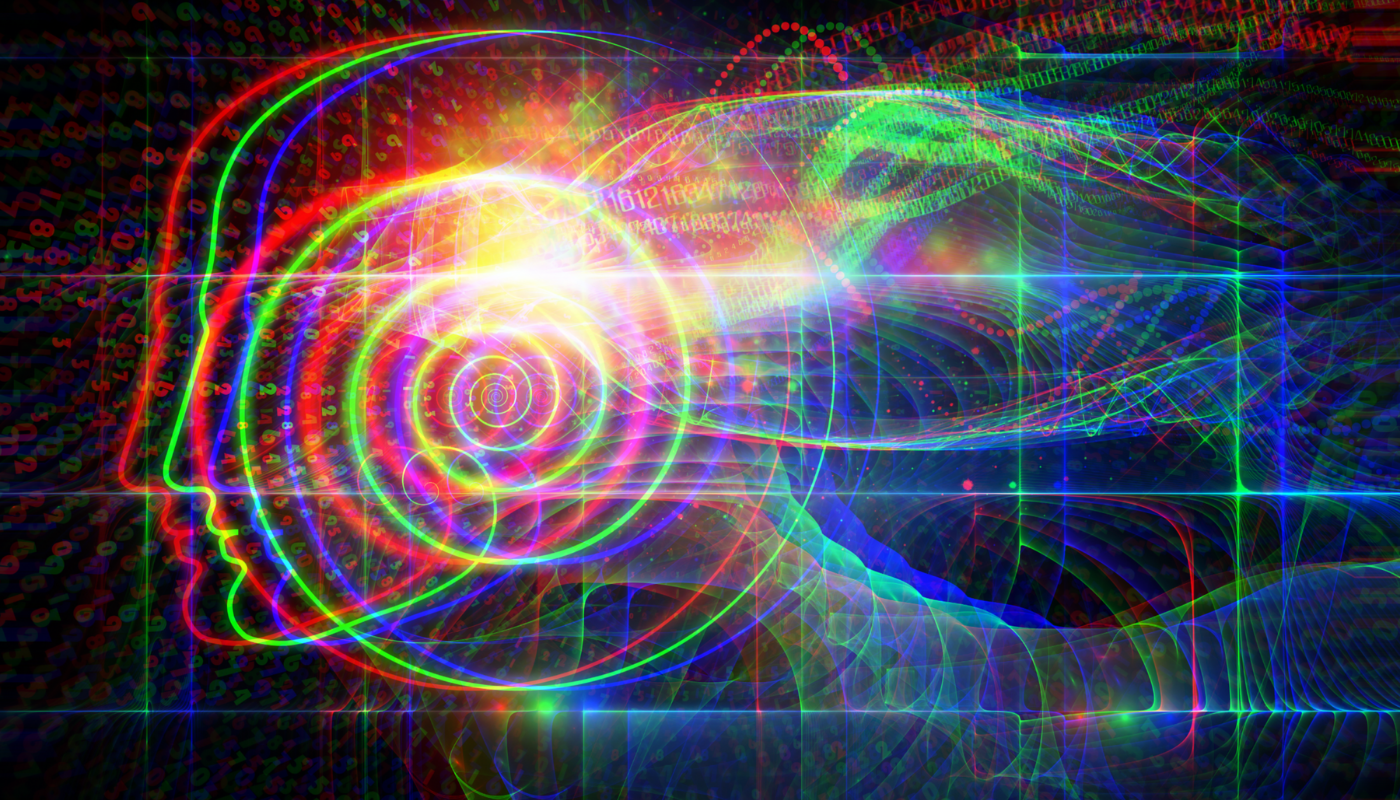 Built on the shoulders of psychologists, visionaries and spiritual masters, today’s human developmental stage theories all point to the same profound discovery – human consciousness evolves through a set of predictable stages, gradually embracing deeper levels of truth, meaning, and wholeness.

The adult psyche is far more ingrained requiring more time and effort to change. This slow progression can be deceptive, causing us to think that people aren’t changing or growing. Our failure to acknowledge and support adult development only leads to further cementation and stagnation in the human psyche. Understanding developmental stage theories can help us recognize and support human growth beyond childhood.

Some of today’s most prominent Developmental Stage Theories include:

While each theory has a unique approach there is significant overlap between each model. Instead of outlining each theory, I will use their major similarities to create an expansive overview of human development. Before we dive into the different stages let’s explore the general guidelines that major developmental theories adhere to.

Developmental stage theories describe how human consciousness evolves towards deeper levels of truth, meaning, and wholeness. Each stage is like a new lens of looking at the world, influencing what a person can become aware of and hence describe, articulate, and change. A later stage is only reached by traversing an earlier stage. Each new stage unlocks a newer and more expansive perspective while retaining access to earlier perspectives. A person at a later stage can understand earlier world-views while a person at an earlier stage cannot understand later ones.

Humans develop up a spiral both horizontally which is gaining knowledge and vertically which is the attainment of a new perspective. As one’s development progresses they will experience greater self-awareness, adaptability, autonomy, and freedom as well as an increased tolerance for difference, ambiguity, and complexity. However, a lack of integration can result in pathology at any level, so a person at a later stage is not necessarily healthier or happier.

No one is 100% at one stage. Each person’s development falls within a center of gravity which is distributed across multiple levels. The center of gravity is the stage to which a person has consistent access. This center can shift down in moments of stress or move up in supportive environments. Human development unfolds through the interaction of person and environment, requiring both inner work and external engagement. The proper environment can facilitate and encourage one’s development but it cannot guarantee it.

It is important to keep in mind that the stages described in developmental theories are idealizations. No one person fits perfectly into the descriptions and the later the stage, the greater the capacity for it to be embodied in unique ways. Developmental theories are to be used as road maps that help individuals approximate what they have mastered, where they are currently at, and where they can further grow.

The Stages of Human Development

It is important to mention that human development can be seen through various degrees of granularity. My purpose here is to mention the developmental stages that are most prominent in the world today, so this list will serve as a fly-by overview rather than a deep-dive immersion. I will be excluding some in-between stages whose nuances can be tiresome to learn as well as earlier and later stages which are rarely seen in the adult population. 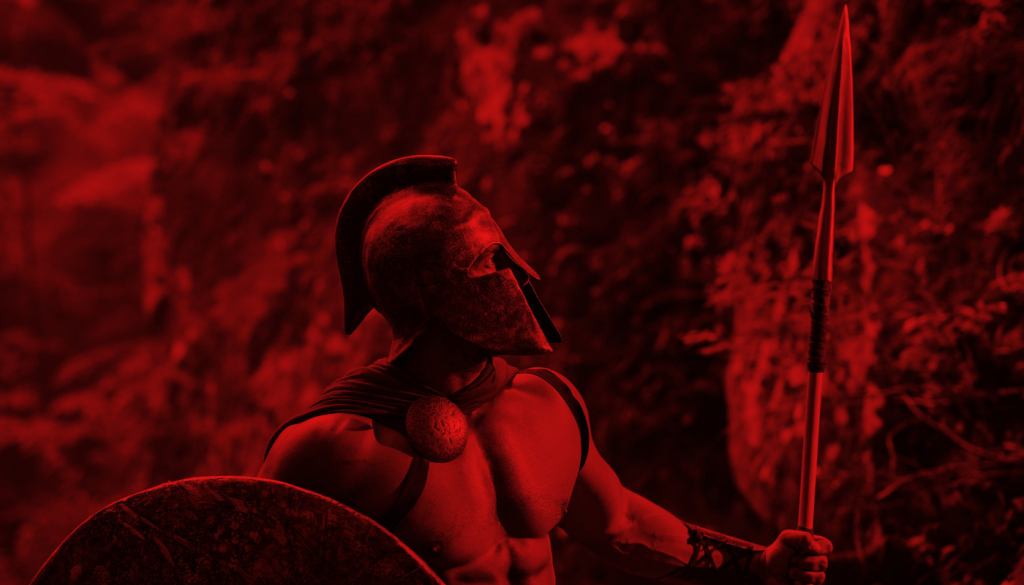 The Tribal or Opportunist stage of consciousness is only dominant in about 5% of the adult population but it is vital to address because under stress many of us regress to this form of functioning. Humans operating from this stage of consciousness hold an egocentric worldview; caring only about their own welfare. Opportunists identify with their immediate needs, opportunities, and self-protection. They are concerned with power, action, instant gratification, dominating, and getting respect. They see others as competition for limited goods and space.

Cognition in this stage is very black or white based on subjective judgments and intuitions. Rules are only followed for immediate advantage or to avoid consequences. There is a lack of morality, responsibility, or shame for wrongdoing. Projection and blaming are constant strategies used for self-protection. The dominant fear is that of being deceived or controlled. Truth is determined through feelings; whatever I feel is true. The basic theme of this stage is “Me against the world” and it is most often seen in toddlers, rebellious youth, and gangs. 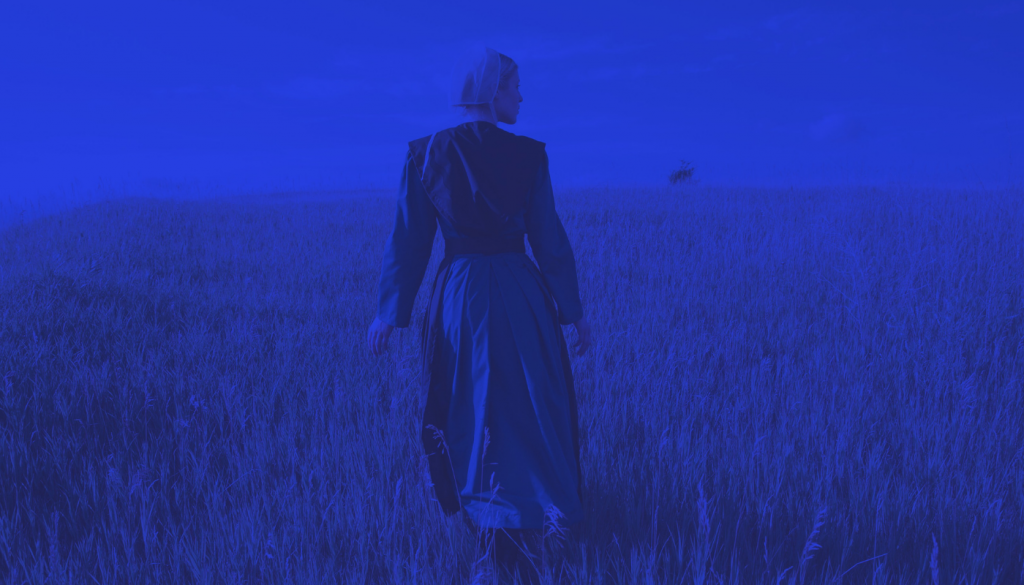 The Traditional or Conformist stage of consciousness is dominant in about 40% of the world’s population today. Humans operating from this stage hold an ethnocentric worldview; expanding their caring beyond themselves to those of the same ethnicity. Conformists identify with their in-group and social approval. They are concerned with social conventions, rules, character, honor, justice, and faith in a higher power. They see others as either part of the ingroup or outgroup; embodying the “Us vs. Them” mentality.

In this stage – which Robert Kegan calls the “Socialized Mind” – a person’s beliefs and values are adopted from the immediate environment. There is a lack of an ability to “think for oneself” so sensemaking is outsourced to an ingroup or higher authority. Cognition here is concerned with the concrete and visible aspects of experience. Cliches are constantly referred to which further serve to reinforce social norms. New Ideas are found threatening. For example, most of the resistance to legalizing gay marriage came from those entrenched in the traditional stage of consciousness.

Morality at this stage is based on a set of concrete rules which are to be followed regardless of context. Truth is determined by religion; whatever is written in the holy book is true. The basic theme of this stage is “Fit in with the tribe at all costs” and it is most often seen in religious fundamentalism and patriotism. 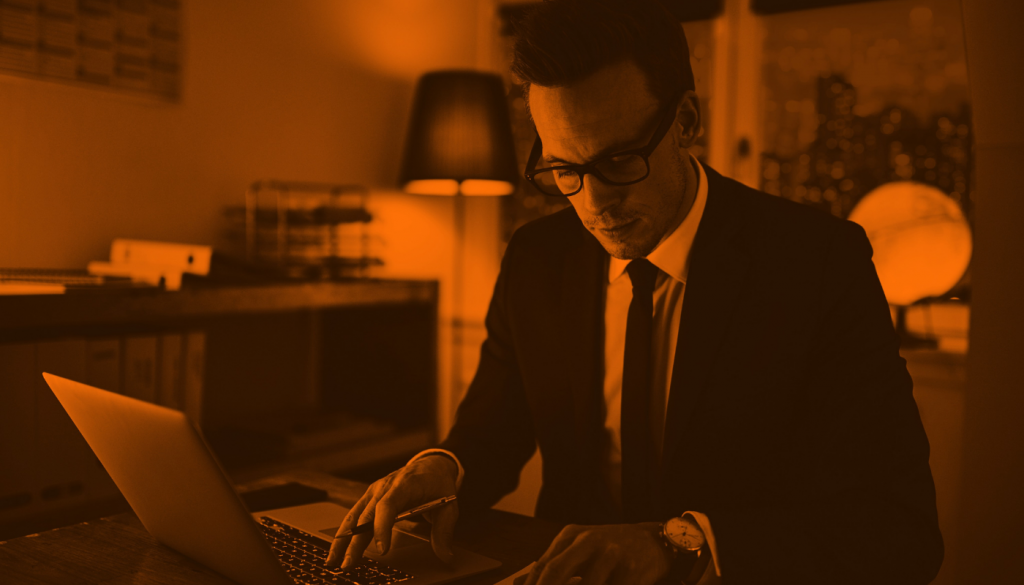 The Modern or Achiever stage of consciousness is dominant in about 30% of the world’s population today. Humans operating from this stage hold a worldcentric worldview; expanding their caring beyond their ingroup to include all humanity. Achievers identify with their goals, achievements, and ability to be effective in the world. They become concerned with success, autonomy, rationality, science, and technology. They see others as playing an essential role in the achievement of their success.

In this stage – which Robert Kegan calls the “Self Authoring Mind”- a person can finally question conventions and beliefs imposed by their environment. This is the first stage where sovereignty and individuality are established. Cognition can logically examine abstract topics and see alternatives to conventional problem-solving. The ability to think with greater complexity can result in intellectualizing ideas without embodying them. This often leads to an overestimation of skill but also an increased capacity for risk-taking.

Rules can be bent and broken if they serve the greater good or one’s success and freedom. Truth is determined through the scientific method – eventually, all will be known through science. The basic theme of this stage is “Become successful” and it is most often seen in wall street, entrepreneurship, sales, and marketing. 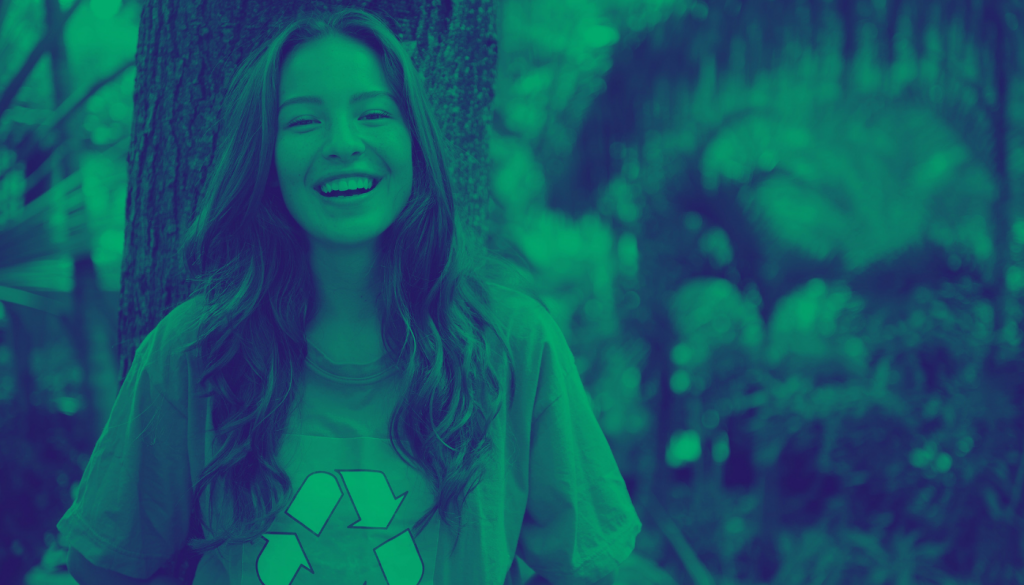 The Postmodern or Pluralist stage of consciousness is dominant in about 20% of the world’s population today. Like the Achiever stage, humans operating from the Pluralist stage of consciousness hold a worldcentric worldview. Pluralists identify with the self in relation to the system and see themselves as a multitude of parts. They are concerned with community, harmony, equality, diversity, and spirituality. Others are seen as valuable individuals whose unique perspectives should be listened to and empathized with.

Cognition abandons the purely rational mode of functioning to adopt a more holistic approach in which context and multiple perspectives are taken into account. Rational thought can now be integrated with non-linear ways of thinking. There is an increased capacity for empathy, tolerance, and diversity. Focus shifts from doing and achieving to being and feeling. It is here that a person’s inner world begins to open up, revealing a depth not known before.

This opening leads to new possibilities but also new challenges. The newfound appreciation of fairness can be taken to the extreme – turning equality of opportunities into equality of outcomes. All hierarchies can be seen as oppressive even growth hierarchies which are deeply embedded in nature. Genuine spiritual insight becomes more likely but so does “spiritual materialism”.

A person at this stage may begin to doubt objective truth and start embodying the position of relativism – truth is dependent on perspective or context. The basic theme of this stage is “find peace within and harmonize with others” and it is most often seen in caring professions, activists, and spiritual communities. 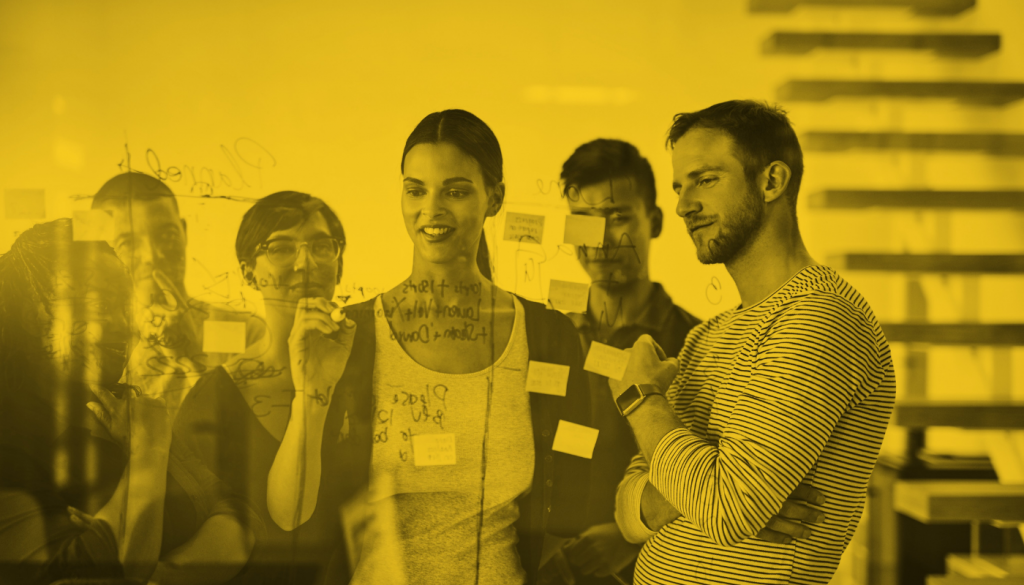 The Integral or Strategist stage of development is dominant in only 2% of the world’s population but it’s important to mention because it marks a newly emerging shift in human consciousness. Humans operating from this stage begin to hold a kosmocentric worldview, expanding their caring beyond humanity to include all of life and universal energy. Strategists identify with the creative act of integrating dynamic relationships and complex systems. They are predominantly concerned with the magnificence of existence, flexibility, spontaneity, and interdependence. Others are seen as a vital part of one’s self-actualization process.

This is the first stage that recognizes the need and value of all the previous stages both in oneself and in the development of human potential. Cognition further expands to fully embody systems thinking. There is a newfound capacity to compare and coordinate multiple systems. Things are seen not as things but as interrelationships. Unlike in the Pluralist stage, there is now an ability to recognize and value natural hierarchies. Some people are better at some tasks than others. All humans deserve respect but not all perspectives deserve the same attention.

Those at the integral stage can perceive their flaws and shadows at a much deeper level. They can accept themselves and others as complex beings both with positive and problematic traits. There is an increased propensity to embrace paradox and ambiguity. Things that were once seen as problems to solve are now polarities to manage. There is an emerging sense of responsibility for helping others actualize their potential. The relative nature of truth is embraced but so is the fact that some truths are higher.

Developmental stage theories map how consciousness evolves through a set of predictable stages, gradually embracing deeper levels of truth, meaning, and wholeness. While many are aware of such growth in children, few recognize that this development continues through adulthood. By understanding developmental stage theories we can recognize and support human growth beyond childhood.